Skip to main content
November 14, 2022
Mataji Ananda Devi Dasi President of the Potomac ISKON temple of the District of Columbia,  United States Of America, November 13th, 2022.
The invasion of Ukraine began in the morning of the 24th of February, 2022. I remember driving on Mamalahoa Hwy, in the Big Island of Hawaii, ( my home ) on my way from work to my beautiful room that I was renting (for you know how much) at the Nakamuras farm in Kealakakua, and I saw and heard a group of Ukranian immigrants yelling"Stop the war in Ukraine!" and they were holding the Ukranian flag. Through our Vrinda Parivarivar International Gaudiya Vaishnavan religious society we were able to receive a small video of our adored Vaishnavan devotees in Ukraine that was published in the blog www.newageofactivism.com months ago. In the midst of a media black out glorifying the current war in Ukraine. We  have been bombarded by newscasts telling all of us about the battles being won and little information about the trillions of dollars,  euros, yens that is being spent in another extremely stupid and ignorant "wargame" created for sense gratification with zero regards or care for the life of innocent civilians, in the meantime thousands of people are still in Ukraine entering the coldest and most darkest winter of our lives. Our Vaishnavan brothers and sisters in Ukraine  who have chosen to stay in Ukraine are in need of "only" $50,000, in order to have generators. $50,000 an amount of money that is less than the cost of 2022 F- Series SD truck that most people in the United States, Europe,  Japan,  and India can easily buy.
Yesterday,  November 13, 2022 after the Sunday service at the ISKON Potomac Temple followed by delicious merciful Krsna prasadan (sacred vegetarian food offered to krsna) that guarantees a human birth in your next life. I was fortunate to be able to record the short video of Mataji Ananda who is the president of the Potomac ISKON temple and shortly after I had a brief conversation with Mataji Atma from the Casa de Sabiduria ( House of Knowledge) in Bogota, Colombia, she is one of the directors of Casa de Sabiduria who is also my therapist and Oida therapy Instructor.  I told her that I donated $20,00  on behalf of Casa de Sabiduria. Mataji Atma of Casa de Sabiduria along with millions of others around the world who are going through a tremendous financial crisis of their own after the covid-19 pandemic was not even aware that there were still Vaishnavan devotees in Ukraine .  Mataji Atma, expressed her concerned  and said, "I hope that the money that is being collected for them gets to them!" Mataji Atma sends her blessing "May Krsna keep them safe and protect them!"      UPDATED: Ukraine Update with Niranjana Swami 2022-11-05
https://iskconnews.org/verified-donations-for-ukraine/
https://shareyour.care/donations/

Popular posts from this blog 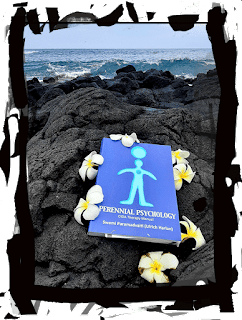